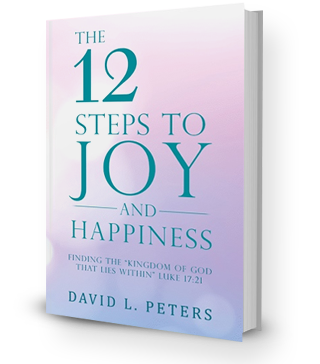 I am having the new oil tanks installed; two 275-gallon tanks that will hold 500 gallons of fuel oil. All that is left is to run the lines into the house, as the holes are drilled following some sump pump lines into the house and to cap it off once inside. I will use what is left in the outside tank that is in the ground and switch it over when that is gone. We will lock that tank fill-cap, so they do not fill it by mistake.

Only the brown and yellow trees still have leaves as all the red ones (maples) have dropped theirs. Still pretty, but more naked trees are visible. The magnificent oak trees have yellow or brown leaves that are breathtaking. Good to see.

I am in physical therapy for my knee pain, and it is working. The pain is gone, even though it still doesn’t bend like it should. It has only been two weeks of therapy and I was told it will take six weeks to reset things properly. I was able to go for a walk today (Saturday), using my cane for help on that side and I have no pain currently. I have been having leg cramps at night after physical therapy, so I will see how tonight goes.

It is ironic that those who want to tear down democracy in our country are the ones who have vast displays of flags and other patriotic things. They often have confederate flags and of course Trump flags also. It almost makes me want to bring my simple flag in, so I am not counted among them. I smile to myself when I hear many say “Why is it so much dissension today? It wasn’t like that when I was young.” Actually, it was worse. Ever since this country was founded, a fear of those “not like me” was a large part of the fundamental thinking of our society. It was seldom talked about, but it was always behind the scenes and accepted (except where it was not) as part of life. How many news stories were written about the hundreds of lynchings of young black men just one hundred years ago? It is only now where those find strength through voting and the internet, plus those who have been silenced for so long are speaking out strongly, that pointing out the fundamental ways that society preys on the poor and weak is part of our society that we have accepted for so long. Violence is the primary message those who feel a power loss know, and our supreme court is presently on the side backing violence (second amendment interpretation, though how a “regulated militia” can be said to allow any and all to carry weapons of mass destruction is beyond my understanding, an opinion voiced by a previous supreme court who said that the constitution was very clear that only government militias were always allowed to be armed) going back to ‘might is right’ thinking. Things can rock either way each election, but it is a sad commentary on the thinking of our society who laughingly call themselves “Christian”. Jesus would not recognize such thinking as anything relating to what His message was and is. This nation is a pagan nation in practice, with almost half of the nation having as their god those who preach fascism and hatred of others. Right now, that is led by Trump, supported by much of the Republican party. Others have been there in the past, and others will take Trump’s place when he can no longer act. Violence only begets violence.

Strong and sad words perhaps, but that is how I feel. This underlying current of hatred has been part of our nation from the very beginning, and it is only now being challenged strongly by slightly more than 50% of the population that is causing the loud voices of hatred to sound once again, hoping to frighten those speaking out to be quiet. The next few elections will determine if this country survives as a beacon of freedom.

Gentle One, I lean into You as I watch the sad display of hatred and anger trying to generate fear and anxiety in our society. Election time used to be exciting and fun, but now it is fearful and anxious. Help our community to choose love and compassion over fear and hatred. I trust in Your Spirit will guide us, step by step, in the direction of love and compassion, so that our nation can, in truth, live the freedom that is Your promise on earth, for the “Kingdom of God is in your midst”. (Luke 17:21)

2 thoughts on “Living in Unconditional Love (85)”