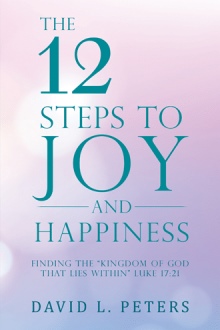 In the beginning the Word already existed.

The Word was with God,

And the Word was God.

The Word existed in the beginning with God.

God created everything through the Word,

And nothing was created except through the Word.

The Word gave life to everything that was created,

And the life of the Word brought light to everyone.

The light shines in the darkness,

And the darkness can never extinguish it.”

The Word gave life to everything that was created,

And the life of the Word brought light to everyone.

Perhaps the most favored excuse that is given by scientists claiming there is no God is the theory of natural selection put forth by Charles Darwin in 1859 in the book “On the Origin of Species”, where he made the claim of evolution – all progress in species is due to the requirement of survival of the species, and it was the progress due to the survival of the fittest. In this approach to life, it is the fittest that eventually conquer and survive others, simply because they are better at adapting and surviving than others. This approach has been central for a century and a half of many thinking that this explains all that is, and there is no God required to explain where we came from. After all, we can look at the Ape and Chimpanzee and see close behavior patterns to humans, and Jane Goodall in her lifetime work with chimpanzees clearly showed how close we are in physical and mental approaches to life.

Natural selection does indeed explain much in the five hundred million years since the first piece of life began to evolve into more active creatures. But it does not explain much in the manner of which life has evolved to produce the human being – us. Indeed, much of our physical body owes itself to the 7 million year trek of upright beings in the past. But to say that God is therefore not required because “everything” can be explained leaves out the sudden appearance of consciousness about 70,000 years ago. Humans still have not clearly defined and understand consciousness, because it has no relation to anything else on our planet. Yes, our ancestors were able to use fire maybe as long ago as 150,000 years ago, had some limited ability to use tools, had some communication ability, but primarily lived much as the gorillas and chimpanzees do today. They lived, from what we can tell, in small groups of up to 25, were hunter-gatherers from the wild, and kept in close membership with their group; and perhaps as groups of apes and chimps do today, kept within certain boundaries.

But not much more than that, from the few remains of these ancient beings that we have found. They looked very much like us, even with the same brain size. Suddenly about 70,000 years ago, they began to be able to gather in larger groups that could defend larger areas, especially from other more aggressive beings who were larger, and the modern human was born. It has been suggested that they learned to verbally communicate with words, and learned to “gossip”, or to be able to point out distinctive features about one another to be able to function in larger groups.

Once humanity learned to gather in larger groups that could successfully defend itself from larger and more intimidating creatures, humans began to push into areas around the world in a relatively short time, considering that everything was foot powered. It is truly remarkable that the adventuring soul, unlike any other known creature, wanted to see over the next hill just because it was there. The rapid expansion of humanity was different than any other race of beings. Mostly animal habitat increased or changed due to food and a slow increase in territorial needs for the food supply. But the concentration of humans, in general, did not put pressure on food supplies, but appears to be just because of curiosity and freedom. Humans lived in a hunter-gathering mode, that is, looking for food to eat by hunting and gathering wild food grains and plants. This continued until large groups evolved, and found that agriculture furnished food that permitted permanent locations to be established. This occurred only about 8000 years ago, so mostly humanity has been in the hunter-gathering stage – about the previous 60,000 years.

During this time there was a clear evolution of understanding of some form of deity. From looking at remnants and figurines over the millennia, it appears that most of the figures worshipped were feminine, and centered on fertility and continued prosperity, believed stemming from the feminine nature. It was only after the agriculture shift that male dominance and force became the byword of humanity. War and local dominance were the way humanity saw itself after that time, and women were considered a necessary evil to procreation. If you doubt that, look at the Judaic-Christian approach of blaming Eve for all of the woes of humanity.

The male side of humanity has stretched the truth of who we are, even ignoring and twisting the words of Jesus, to maintain the male dominance of the world. It is sad to see that war and dominance over others is now considered natural for humanity, even going so far as quoting the bible in support of this.

No wonder that so many have given up on God as a reality. Why has not God intervened to change the direction of humanity?

We will look at this next time.

Oh Love, how I need to learn to rest gently in Your care and Love for all in my life. I have stumbled and turned away and then back all of my life; I just need to relax and let You guide me as life continues. I have to remember this every day, as it always seems to slip away so easy if I let it slide. I need to let You into my life each day, and spend time basking in Your love, no matter what foolishness inters in my daily life, even illness and apparent death. Listen to my cry, my Lover, and fill me with Your hope, joy and happiness every day.